The hand with the highest total wins as long as it doesn't exceed 21. A hand with a higher total than 21 is said to bust. Cards 2 through 10 are worth their face value, and face cards (jack, queen, king) are all worth 10. An ace's value is 11 unless this would cause the player to bust, in which case it is worth 1. A hand in which an ace's value is counted as 11 is called a soft hand, because it cannot be busted if the player draws another card.

Each player's goal is to beat the dealer by having the higher, unbusted hand. Note that if the player busts they lose, even if the dealer also busts. When both the dealer and you have the same point value, it is called a "push", and neither player nor dealer wins the hand. Each player has an independent game with the dealer, so it is possible for the dealer to lose to some players but still beat the other players in the same round.

Example of a blackjack game

After the initial bets are placed in gambling games, the dealer deals the cards from a shoe containing four or more decks. The dealer gives two cards to each player including himself. One of the dealer's two cards is face-up so all the players can see it, and the other is face down (also called the "hole-card".

If the dealer's face-up card is an ace or face-card, the dealer checks their hole card to see if they have a blackjack. This check happens before any of the players play. If the dealer has blackjack, all players lose their initial bets, except players who also have blackjack, who push.

A two-card hand of 21 (an ace plus a ten-value card) is called a "blackjack", and is an automatic winner unless the dealer has blackjack as well. A player with a blackjack is usually paid 3:2 on his bet. 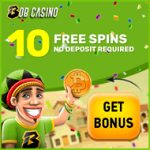